This week I had the honor to interview Andrew Brandt. Brandt is best known for his past position with the Green Bay Packers, where he was a vice president from 1999 to 2008, he was also responsible for the management of the salary cap, the negotiations with the players’ and the coaches’ representatives. His career is more diverse than that, so before I start with the interview’s questions, I would like to briefly outline his career steps. 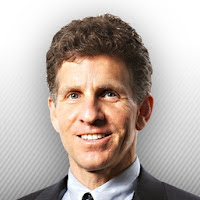 Andrew Brandt received his first degree at Stanford University, after that, he went to Georgetown, where he also graduated and received his law degree. During his sports career, he was able to obtain a great deal of routine, he was a respresentative of clients (agent) and he held important positions at organisation’s management, he got to know both sides. In Washington DC he was an assistant of an agent at ProServ, and after that he was an agent in Boston at Wolff Associates. He had become the youngest general manager of all time, when he was chosen to be the GM of the World League member (future NFL Europe member) Barcelona Dragons. As I mentioned before, between 1999 and 2008 he had important responsibilities at the Packers, and after his retirement from sport management, he consulted as a cap manager for the Eagles in the 2009 offseason. After finishing his executive career, he has shown up in the media on several occasions. He was the founder of the National Football Post, one of the US’s most exciting football related site, which concentrates on the unique aspects of the inside world of professional and college football by past players, coaches, scouts, agents, executives. He is also a business analyst for ESPN, he is a frequent participant of ESPN TV and radio programmes, and a contributor for Forbes Magazine. He is the most sought after expert connected to NFL business matters nowadays. He is also a sports law and negotiations lecturer at the Wharton School of the University of Pennsylvania.

After the most important information, let’s start the interview:

How did you get involved with sports? Did you prepare for a life connected to football?


I was a tennis player growing up, went to Stanford where the top tennis players in the country attended.  While in law school back in Washington, DC – where I grew up – I was able to “sell” a company named ProServ to take me on as an intern. I had the hope and promise that I could help them to meet some Stanford tennis players. Once I got into ProServ and proved myself a bit, I moved from tennis to team sports – primarily basketball and football – and worked under David Falk, known for his representation of top NBA players such as Michael Jordan, Patrick Ewing, Alonzo Mourning and Allen Iverson. I was an avid football fan growing up, going to Washington Redskins games every year, but never really envisioned a life in football. Unexpected things happen in life.

You were the general manager of the Barcelona Dragons and spent some time is Europe. What was your impression about the European fans, can you tell us about positive and negative experiences connected to them?
It was not just a job; it was an adventure. Fans cheered at the wrong times and did The Wave the entire game long.  I realized that we were not going to be successful selling American; rather, we were selling the experience and the event. The fans loved to being a part of something and the atmosphere; we tried to appeal to that.

Europe is the main target right now for the NFL’s “expansion”. From Roger Goodell we have heard about the possibilities of a Super Bowl in Europe, a team in Europe, even a possible European division in the future. How serious are these plans in your opinion? Do they have a real chance in the near future?
I haven’t heard much in that regard. The annual games in London are certainly a start. With our league – the World League twenty years ago – we were the first venture to try to sell American football overseas, with mixed results. Of course, the audiences in England and Germany, among other places, are more sophisticated in their understanding than they were in Spain. European expansion will come slowly; I don’t see it in this decade.

You were an agent for ProServe and Woolf Associates. Who were your most notable clients?
At ProServ I worked with high-profile players but to say I was their agent is not exactly accurate; I worked for them under Falk. Some of those players were Jordan, Ewing, Mourning, Boomer Esiason, Willie Gault, Chris Doleman, etc.  Some players that I had more responsibility for: Reggie Lewis, Muggsy Bogues, David Wingate and Danny Ferry. At Woolf I represented Ricky Williams, Matt Hasselbeck and Adam Vinatieri, among others.

Losing a client is part of every agent’s life, and losing some special ones hurt the agent for a long time. Who do you consider the greatest loss of your agent career?
Ricky Williams was one of the great players in the history of college football and I spent a great deal of time trying to sign him and working with him briefly after signing him. However, he did not like the company (Woolf) and wanted me to work with an agent/rapper named Master P.  It was a tough decision, but I decided to move to the Packers at that point, instead of competing. Ricky would have been the watershed client of my career, and I genuinely liked him as a person, but I knew that I wanted to move on from that business. It was a tough way to make a living and hard on my family.

You have negotiated a contract from both sides of the table, as an agent and as a vice president and later consultant. Which were the toughest negotiations of your career as an agent and as an executive?
It’s hard to pick any in particular but the hardest ones are (1) from a player perspective, when there are no other options and I had to get the player a job; and (2) from a team perspective, when I have to come back to my boss – general manager, president, coach, etc. – with a deal. In these cases I had to negotiate as firmly as I can but not lose the deal.

The Packers model is a really successful one. Building on the draft, developing players have their benefits, and lead to success as the past years (especially: Packers, Steelers, Colts) have pointed out. Why aren’t more teams following the “Packers’ way”?

I think more are open and start to think this way. I think teams are getting away from quick fixes (FA deals) and moving towards more patient development.  Not all, but most.

You were present when the Packers have selected Aaron Rodgers in the 2005 draft. Can you sum up the selection process and how the day’s events influenced the Packers decision to pick Aaron with the 24th pick?
We watched the defensive players we had targeted all fall off the board and, when we got to our selection, there was one name up there with a first round grade: Aaron Rodgers.  I got him on the phone then made him wait another excruciating 10 minutes to see if we got an offer we couldn’t refuse. It is interesting how history may have changed, if we did. 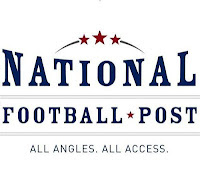 Let’s turn our attention to the number one question of this offseason. I would like to ask you about the Peyton Manning situation. What do you think will happen with the Colts’ quarterback?


All indications are that there will be a separation.  I outline all the scenarios in my articles. (The three part Manning series of Andrew is available at the following links: part 1, part 2, part 3. I have consulted with him when I wrote the article about the Manning decision.)

One of the biggest news of the past day is the comeback attempt of Randy Moss. You have almost traded for him just before the 2007 season, but he went to the Patriots, and then broke all-time season records with Tom Brady. What went wrong, why weren’t the Packers able to acquire him?
Moss was going to be traded from the Raiders; the question was where. He and his agent wanted a one-year deal to set him up for a big payday the next year. We were unwilling to do that, wanting him to commit to at least a two-year deal rather than lose him to the highest bidder. When the Patriots agreed to that one-year deal, they signed him. And, as per Moss’s plan, they signed him 6 months later to a three-year $27 million deal.

As a closing thought, I would like to share another detail about the Moss-Packers dealings, what I got to know from Andrew Brandt. Brett Favre would have given everything to get Randy to Green Bay in the 2007 and 2008 offseason. Andrew retired in January, 2008, but the team went into a battle for Moss before he signed his new contract. Randy Moss singed with the Patriots on the 3rd of March. Brett Favre announced his (first) retirement on the 4th of March. Could it be a coincidence? I don't think so...
Bejegyezte: gsn dátum: 20:22